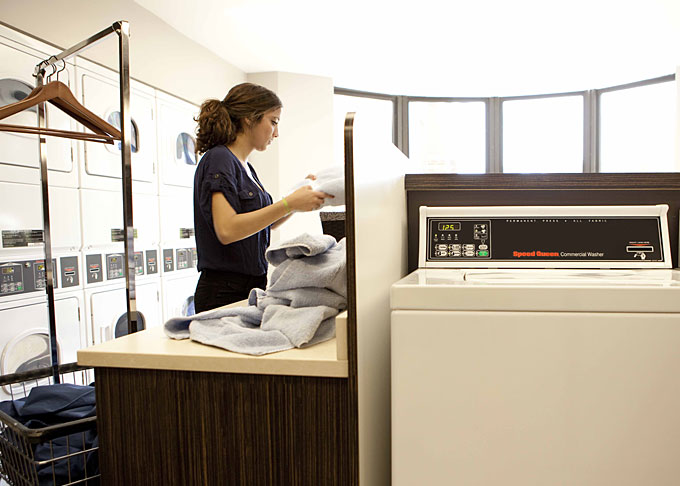 History of the Coin Laundry Industry

We are proud to bring you this comprehensive book, ‘Investor’s Guide to Coin Laundries‘, compiled by Jay MacDonald, Vice President, Distributor Sales for Alliance Laundry Systems.

Alliance Laundry Systems is the largest manufacturer of commercial laundry equipment in the world and has over 50 years of experience in helping investors just like you, get started in the coin laundry market. This book is a compilation of experiences, ideas and input from hundreds of successful coin laundry owners and distributors from all over the world.

Taking data and industry knowledge, it is a road map to help you succeed. At the end of it, you will have a general understanding of the industry and what it will take to operate a successful business.

Chapter 3 : HISTORY OF THE COIN LAUNDRY INDUSTRY – LEARNING FROM THE PAST TO GROW IN THE FUTURE

The jury is still out exactly on how or why people started paying other people to clean their clothing. Some joked that it all started when early civilization gave up wearing fur and started processing their own fabrics. What we do know, according to historical documents is that one of the first reported pay-for-laundry service in North America has roots dating back to the Gold Rush. It was in the 1850s when a wise entrepreneur saw an opportunity to help busy miners by washing, drying and returning their clothing cleaned and ready-to-wear.

Since the early days of washing clothes by pounding them on rocks or rubbing them with abrasive sands, the laundry industry as a whole has seen a lot of changes. The Huebsch family immigrated to the United States in the late 1800’s and started a laundry service in the Midwest. In 1907, some Huebsch family members opened a manufacturing facility in Milwaukee, Wisconsin, USA to build and sell commercial laundry equipment. In 1908, the Barlow and Seelig Company (which later became Speed Queen Company) began manufacturing wringer washers for household use. Also in 1908, the very first electric washer was introduced to consumers by the Hurley Machine Company in Chicago, IL Invented by Alva J. Fisher, the company dubbed the machine “Thor”. Using a drum-style machine design, the washer featured a wooden tub and turned 8 revolutions before reversing direction.

By 1940, more than 60 percent of the homes that had electricity also owned an electric washing machine. While that number seems high for the times, it really wasn’t. For those who wanted to purchase their own washer it was expensive. Even during the Post World War II era when the economy was booming, many people continued to rely on other methods of doing their laundry, including the old crank style wringer washer, washboards, wash and fold services, and of course, the laundromat.

In 1934, in Fort Worth, TX, one of the very first laundromats was opened. It used attendants to operate the business with limited hours of operation. It wasn’t until the 1940s that the first 24/7 store opened and it was Nelson Puett that is credited with opening the first unattended, 24-hour store in Austin, Texas, USA.

The cultural acceptance of the laundromat began to hit its stride during the 1950s. Along with consumer use growing, so did its convenience with the addition of the first auto clothes dryer, the first of which was manufactured by Speed Queen, but in 1954, it was Huebsch who brought a new way to dry, with the invention of the first commercial tumble dryer. This larger dryer allowed laundromat users to dry bigger loads as well as household items including bedspreads and curtains. But to stay relevant, it wasn’t only technology that had to keep up with the desires of consumers, but the laundries themselves.

Coin laundry owners started to take notice that if they wanted their businesses to grow, they needed to develop ways to retain existing customers while attracting new ones. During the 1960s, they started looking for ways to market to customers, from décor to cleanliness to the right equipment mix that would not only make them a profit, but meet the demands of consumers. Coin laundry owners began looking for new ways to reach out to their customers.

One thing that has always been part of the coin laundry business is through-put, meaning how many loads of laundry can you turn over in the shortest amount of time possible. In the 1980s, manufacturers developed the first set of stack dryers which made it an optimum piece of equipment for coin laundry owners. More dryers meant faster through-put, which meant more income and greater efficiency for laundromat users too. It easily reduced the amount of time they spent doing laundry each wash day. 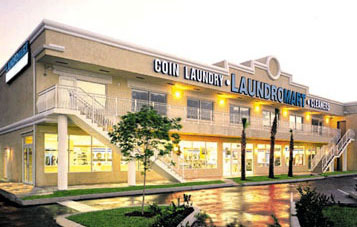 By the 1990s though, that’s when a real revolution began to change how we look at laundromats. Rather than rehabbing existing laundries, there was an increase in owner/operators opening up new store fronts. With the help of manufacturers like Huebsch, Speed Queen and others, manufacturers offered their own financing to owners and operators. These entrepreneurs were able to take advantage of competitive available financing, making it easier for them to provide a larger store with even greater laundry capacity. To fill these store fronts, it wasn’t only laundry equipment taking up the square footage, but add-on businesses like car washes, dry cleaners, internet cafes, and coffee shops.

There was also a significant increase in the number of households where both parents worked outside the home. These dual-income families found themselves with more total income but less free time to enjoy it. As a result, coin laundries became a much more attractive way of doing the weekly task of laundry. Think about it — doing a family average of 8 loads per week at home can take 8 to 15 hours to accomplish. But taking a week’s worth of laundry to the local laundromat meant the task could be completed in about an hour a week. The attraction to these families was an extra 7 to 14 hours each week to do more exciting things.

AND IT’S NOT STOPPING THERE

As consumers become more demanding for additional services that are technologically- and environmentally-advanced, coin laundry owners and laundry manufacturers are developing ways to make doing laundry even easier. From software interfaces that allow store owners to set up, monitor and audit equipment, to coin-less machines; as well as those laundries going green in order to protect the earth, the look and feel of the original laundromat is adapting to meet this changing market. What the laundromat of the future will look like and the services they offer 50 years from now is anyone’s guess, but the reality is, there is always going to be a need for a coin laundry. As long as owner/operators, along with manufacturer’s change with the times, the future of coin laundry is bright.

As your equipment distributor — the most important partner and most valuable resource you will ever have — we encourage you to get in touch so that we can help guide you through the exciting and financially rewarding industry of coin laundry ownership.