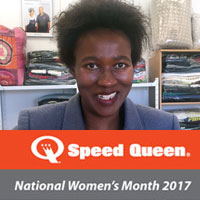 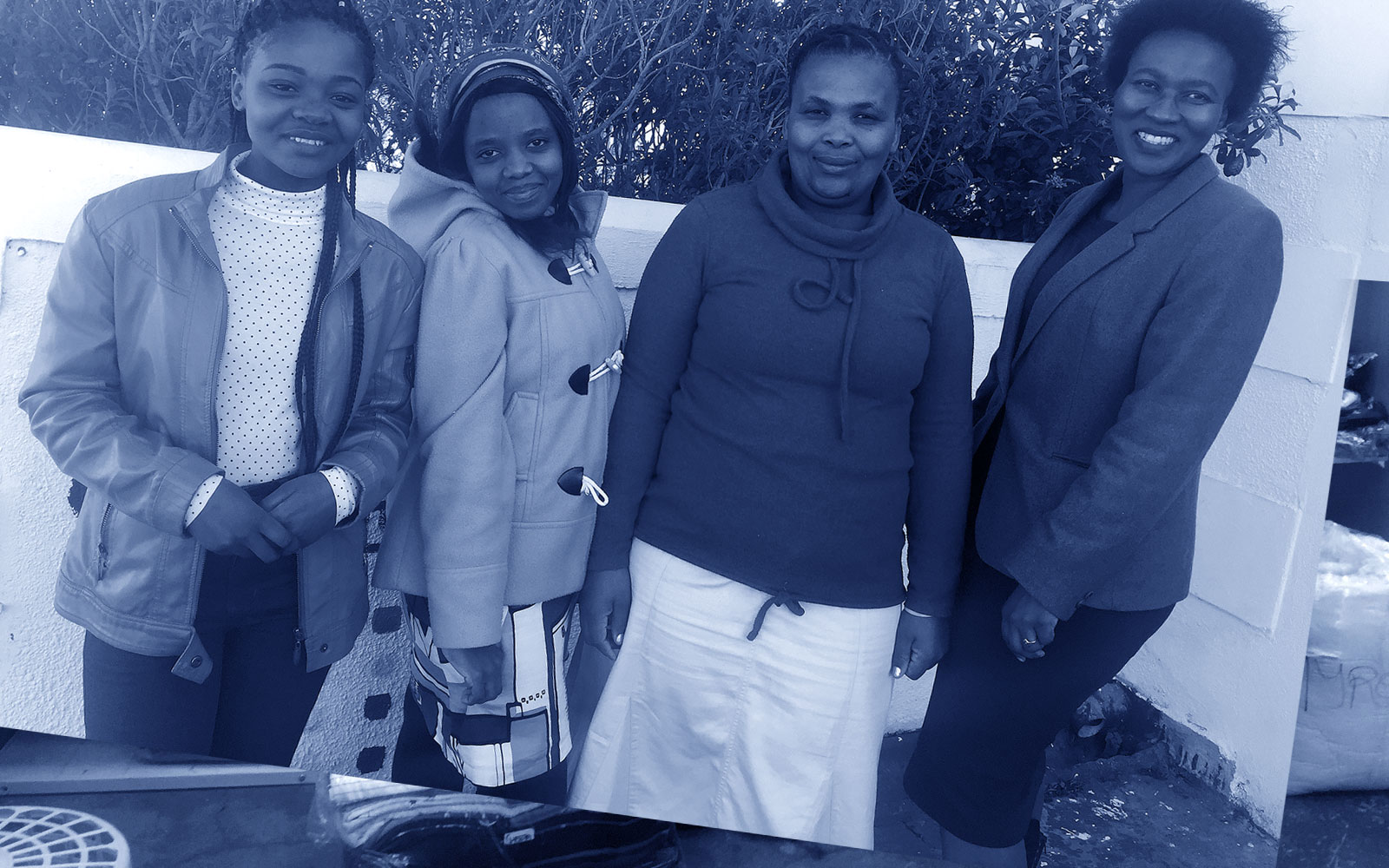 Being Women’s Month, we’re celebrating the capable, courageous and steadfast women of South Africa. No-one could be more of an inspiration than Sivu Mongo, entreupeneur and business woman behind the successful Ziyahlanjwa Laundry in Khayelitsha.

Sivu started the business in the lounge of her home in 2010, equipped with only an old second-hand washer and a cooking scale!

She recognised initially that there was need amoungst young males, who proudly wore expensive branded clothing, but did not have the time to do their laundry. “Theft of clothing is an issue in our community and they weren’t able to sit watching that their clothes weren’t stollen off the lines. So now they are free,” says Sivu, “to go to work or places of social gatherings and know that their laundry is safe with us.”

After six months, Sivu’s husband Justice quit his job to help her fill the demand. Routinely working 24 hour days… waking up throughout the night to load and unload washers and driers, Sivu and Justice turned their home into a thriving little business. It came not without great sacrifice to their family as the business operated from their dining room, so their children had to share a bedroom and sleep to the sounds of a tumble drier. “My two sons and my daughter had to share a bedroom, which doubled up as a TV-lounge for them too and a study space as well.”

Above: Sivu bought this baking scale to start up her business | The 2014 workspace.

Over the years, they have slowly employed more staff and expanded their workspace.

Sivu and Justice’s true passion and exceptional dedication to their customers, staff and community has opened doors for the business. In 2015, Ziyahlanjwa Laundry Services won the Sage One and Cape Talk Small Business Award. They were also awarded an asssisted grant from the Dept. of Economic Development which was used to buy more washers and dryers. We at Lead Laundry and Catering, heard Sivu on Cape Talk Radio, and donated three Speed Queen machines.

“I don’t know how to thank Lead Laundry,” says Sivu. “Not everyone would be patient enough to go that route with us. At that time we weren’t even their customer. I really thank them.”

Above: The 2017 premises  |  Sivu Mongo welcomes customers at the reception desk.

Sivu and Justice have since been able to buy a property in Mandalay, Khayelitsha where there is ample space to grow. Today the business employs 8 permanent staff and 4 casual staff and the laundry continues to grow from strength to strength.

“It’s not always easy being a woman in business, especially if you have kids” she says. “as everyone needs a bit of your time. It takes making sacrifices, risk, passion, dreaming big and hard work.”

She advises South African women to: “Stand up for yourself. Do something for yourselves and the Government will meet you on the way.”

“I am so proud of myself that I have made something out of nothing,” says Sivu. “I know that I have motivated a lot of women, but I also had a lot of encouragement from them.”

We salute this incredible woman who is truely an inspirational success.

Bespoke in design, this laundry was set up to appeal to the new Umhlanga Arch precinct. The laundry is conveniently located to service upmarket apartments and restaurants.

We were recently contracted to provide new laundry equipment to assist with the anticipated increased processing demand expected as a result of the COVID-19 pandemic.